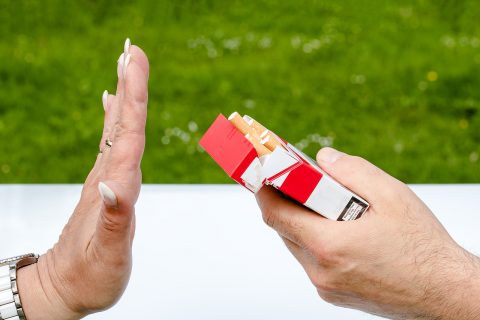 The report issued this week by the Appellate Body of the World Trade Organization (WTO) in the Australia Tobacco Plain Packaging dispute might be remembered because it is the final report of a dying international appeal court.  However, to focus on its symbolic value only would be a missed opportunity to learn key lessons from one of the largest disputes ever litigated at the WTO.

And what are these valuable lessons?  First, by upholding Australia’s right to regulate public heath through its tobacco control measures, the Appellate Body elevated “health” over “trade” at a time when an unprecedented global pandemic is crippling the world economy.  Second, the case puts lie to the notion that Caribbean countries have no vested interest in WTO dispute settlement.  At the panel stage, both Cuba  and the Dominican Republic were complaining parties; a CARICOM national was one of the three panelists presiding over the case;  Trinidad and Tobago was a third party; and this author was part of the legal team representing one of the complainants. Third, the Appellate Body’s approach to certain issues illustrates what some Members of the WTO consider to be right – and wrong – with the well-regarded, but imperfect, appeal process at the WTO.

In this SRC Trading Thoughts, key findings of the Appellate Body in the Tobacco Plain Packaging report are highlighted, following which perspectives are offered that might assist with ongoing WTO dispute settlement reform efforts.

Under the WTO dispute settlement system created in 1995, an ad hoc panel, serving as a first instance trier of fact and law, issues a panel report in a dispute involving WTO Members.  The report can then be appealed by either party to judges of the appeal court – called Appellate Body Members.  As of December 2019, the Appellate Body has ceased to function as originally contemplated due to a failure to reappoint judges to sit on it.

At issue in the Plain Packaging dispute were measures taken by Australia in 2012 – the Tobacco Plain Packaging (TPP) measures – prescribing the appearance of tobacco packaging and tobacco products to make them look uniformly unattractive and banning the use of design trademarks on them.  Australia’s aim in passing the TPP Act was to improve public health by reducing the use of, and exposure to, tobacco products.

When the original five complaining parties (with tobacco interests) brought disputes before the WTO panel in 2012 and 2013, they argued that Australia’s TPP measures violated several provisions of the WTO Agreements, including the Technical Barriers to Trade (TBT) Agreement and the Trade-Related Aspects of Intellectual Property Rights (TRIPS) Agreement.  The Panel dismissed all of their claims under both Agreements, prompting two of the complainants – Honduras and the Dominican Republic – to launch appeals before the Appellate Body.

After two sets of extraordinarily lengthy oral hearings, thousands of pages of submissions, and multiple rounds of internal deliberations, the Appellate Body issued a highly technical Report, covering over 230 pages of detailed findings on 9 June 2020.  The Report was issued by three of the remaining judges of the Appellate Body, whose terms  ended over the duration of the appeal, but who were retained (via the contentious Rule 15 of the Appellate Body’s Working Procedures) because the appeal had been launched before their (final) terms had expired.

The three judges returned a verdict essentially confirming the factual and legal findings of the Panel.   Specifically, under Article 2.2 of the TBT Agreement, the Appellate Body agreed that the TPP measures were “not more trade restrictive than necessary to achieve their objective” of reducing tobacco consumption.  Under that provision, the Panel weighed and balanced a number of factors: the effect of the TPP measures on the complainants’ trade; the contribution the TPP measures made or could make to Australia’s objective; and whether Australia could have adopted tobacco measures that were not as trade restrictive, but were equally effective, as the TPP measures.

On appeal, the appellants focused on the Panel’s factual findings regarding the “contribution” made by the TPP measures to reducing smoking.  In particular, they argued that the factual assessments made by the Panel, and ultimate conclusions reached, with respect to their numerous empirical and econometric studies and the voluminous expert reports were not only faulty, but in certain cases, denied them their due process rights.

Other legal findings of the Panel under the TBT Agreement and TRIPS were also upheld, including the Panel’s rejection of alternatives to the TPP measures proposed by the complainants  – taxation measures and an increase in  the purchasing age for tobacco products – and the Panel’s finding that Australia’s interference with the tobacco trademarks through the TPP measures was not “unjustifiable”.  The WHO’s Framework Convention on Tobacco Control – under which TPP Guidelines had been developed and relied on by Australia – was raised only peripherally on appeal.

Of Parting Shots and Thoughts

A layman might well question whether the 5 years of protracted legal wrangling in this dispute, and the significant outlays of money, resources and time dispute were worth it.  In the end, Australia was able to keep its measure in place and the appeal left intact the Panel’s findings.  Some would argue, with reason, that the ability to litigate the TPP case to a final conclusion on appeal signals that the WTO dispute system is working well, and regardless of the outcome, provides a useful discipline to the actions of regulators, that assures effective regulation, with minimal negative effects on trade.   This is particularly important given the increasing use of health measures to check the rise of non-communicable diseases.

Whatever one’s perspective, the TPP case should  give us pause to consider how highly specialized, litigious and inaccessible dispute settlement at the WTO has become for smaller, under‑resourced WTO Members who will be hard pressed to mount complicated and costly cases like the TPP to represent or defend their interests.   Even with the support of important institutions like the Advisory Centre on WTO Law (ACWL) which was set up to help developing countries with their legal needs, dispute settlement is perceived as a tool available only to the privileged few who regularly utilize the system and who use it as one of many tools to leverage and enhance their participation in the WTO. Deeper reforms may be needed to overcome that perception, including consideration of  whether disputes might be differentiated based on who is involved – less complex cases involving smaller Members might be expedited – or the nature of the dispute – greater deference in sensitive public policy disputes and more intrusive review where issues are of a more technical nature.

Second, what does the TPP appeal say about the decision-making process on appeal?  The increasing occurrence of separate opinions in the latter years of the Appellate Body might well be a sign that the system has matured to a point where dissenting voices can be tolerated and might even be encouraged.  Alternatively, might it signal that judges are not immune from broader political tensions affecting the WTO Membership or even that the time has come for more individual, rather than collective, decision-making?

And what of these pesky Article 11 claims, frowned upon by the Appellate Body but nonetheless brought and entertained?  Beyond a mere annoyance, the constancy of the claims exposed a longstanding disagreement about the respective roles of panels and the Appellate Body. The newly proposed Multiparty Interim Appeal System (MPIA) targets Article 11 claims as an area for specific reform, where arbitrators could propose to parties that they exclude these claims in order to stay within the 90-day time period for disputes.  Only time will tell whether this will be sufficient to quell concerns by some about alleged activism by WTO appeal bodies.

Finally, the Report reminds us also about what was right about the Appellate Body: well written and reasoned reports with painstaking attention to detail; a competent Secretariat; and an independent and respectable body of judges. The loss of the Appellate Body should take us back to the basics and to asking ourselves why the WTO dispute settlement was set up, and to serve whose interests.  In its parting shot, the Appellate Body may well have provided clues on how it could be reformed to come back stronger and be better able to meet the needs of all WTO Members.

Dr. Jan Yves Remy is the Deputy Director of the Shridath Ramphal Centre for International Trade Law, Policy & Services of The University of the West Indies, Cave Hill and is a former WTO dispute settlement lawyer. Learn more about the SRC at www.shridathramphalcentre.com.