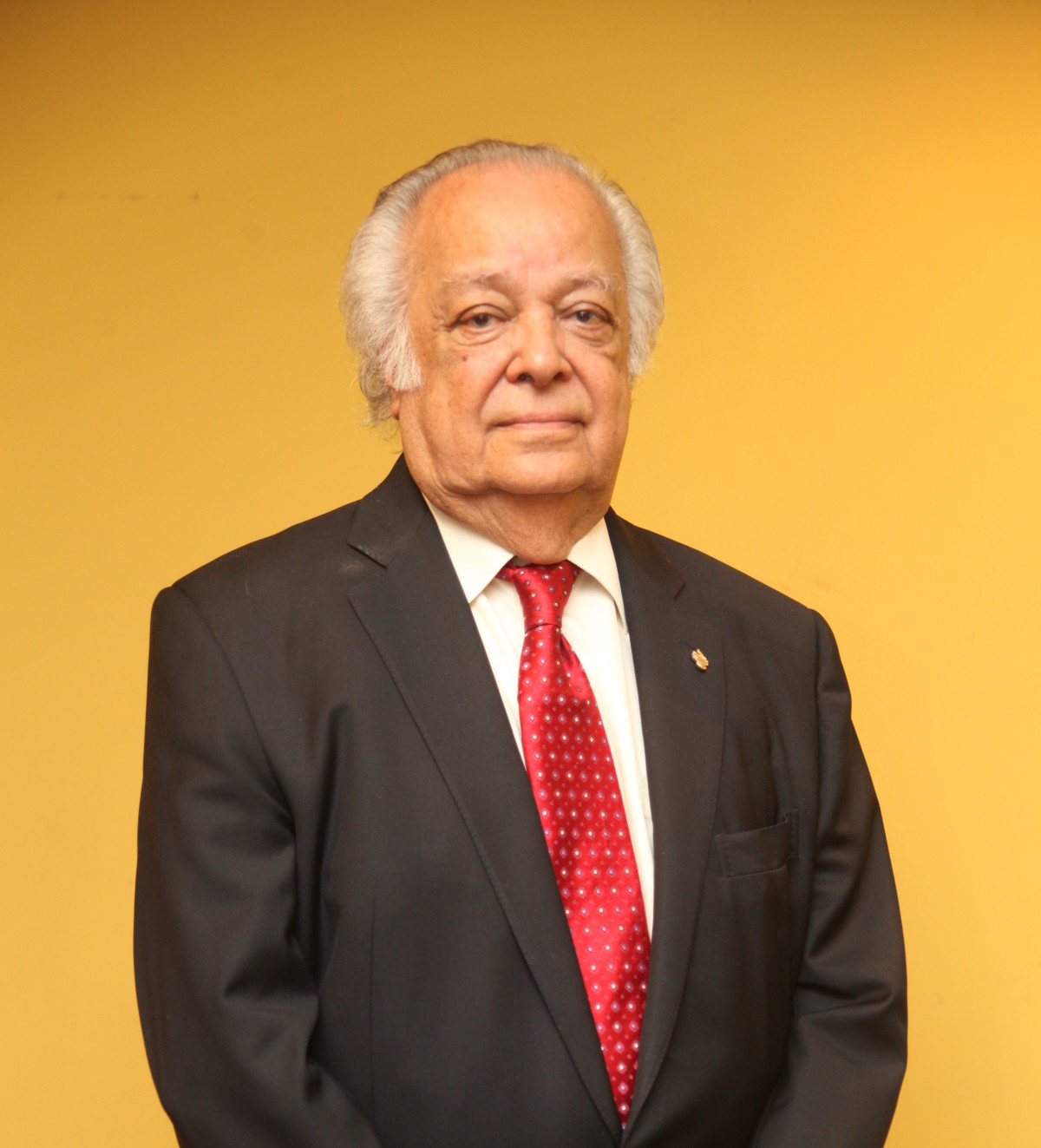 Our Centre is named after the regionalist, educator, and author Sir Shridath ‘Sonny’ Ramphal. Sir Shridath is a Guyanese national who has served as the Chancellor of the University of the West Indies (1989-2003), Commonwealth Secretary General (1975-1990), Minister of Foreign Affairs of Guyana (1972-1975), and Assistant Attorney General of the British West Indies Federation (1958-1962). He has held the posts of Chairman of the West Indian Commission (1990-1993), and was the first Director-General of the Caribbean Regional Negotiating Machinery, currently known as the CARICOM Office of Trade Negotiations. Sir Shridath is the author of several texts notably ‘Caribbean Challenges: Sir Shridath Ramphal’s Collected Counsel’ (2012), ‘Triumph for UNCLOS: The Guyana-Suriname Maritime Arbitration (2008), and ‘Our Country, The Planet: Forging a Partnership for Survival’ (1992). Sir Shridath currently lives in Barbados.

Sir Shridath began his tertiary education at Kings College in London England where he started his legal journey which would see him make a significant impact in both Guyana and the wider region.

He was called to the Bar in 1951 and by 1953, Sir Shridath was back home expanding his repertoire. Upon returning to his homeland, his love for institutional law was birthed when he served as a Crown Counsel in the Attorney General’s office. He became a legal draftsman for the now defunct West Indies Federation in 1958. He rose through the ranks and by the time he was made Assistant Attorney General, the institution was already on the brink of collapse. Being the man on a mission, he went to Havard Law School in his pursuit of higher education and on returning to Jamaica in 1962 he entered his own private practice.

His life was about to take a major turn, as the then Premier of British Guiana, Forbes Burnham invited him to return to his home country where he would become Attorney-General and drafter of the Guyanese Independence Constitution. After independence he was named the Minister of State for Foreign Affairs. In 1972 he was also made the Justice Minister. He would go on the develop the country’s foreign affairs and became more deeply involved in Caribbean politics once more just as he had been during the federation period. He placed his foot-print deep in organizations like the UN, the Commonwealth and the Group 77 where he went on to bridge the gaps between the Caribbean and Latin America, as well as becoming a key figure in representing Africa and Pacific countries in their negotiations with Europe.

Sir Shridath would continue to be elevated in the political arena when in 1975, he became the first man from the “third world” to be appointed the Secretary General of the Commonwealth. It was then that he set out on his mission to see the establishment of an economic world order where developing countries would better benefit, and an end of apartheid in South Africa.

Sir Shridath also harboured a deep commitment to human rights and was once a member of the International Commission of Jurists. After his time as Secretary General for the Commonwealth ended, he then went on to serve as head of the World Conservation Union and was a key member of the Earth Summit in 1992 where he doubled down on his desire for international economic reform.

Sir Shridath is now over 90 years old – a long time to be alive. Longevity brings with it experiences that he has shared through the writing of several texts. His thoughts and opinions on international conflicts are reflected in his 2014 book called ‘Glimpses of a Global Life’, where he talks about his role in some of the world’s great affairs like apartheid. In ‘Caribbean Challenges’ (2012) he goes in depth into the federation, diplomacy, law, leadership, environment and external trade negotiations.

In 2016 Sir Shridath wrote ‘Guyana in the World: The First of the First Fifty Years and the Predatory Challenge’. This piece of literature was penned as his proud place of birth, Guyana, celebrated its 50th independence. He took the time out to highlight its regional and international encounters in the earliest years of Independence; and the challenges it has faced on its borders, particularly from Venezuela.

Finally, for the most extensive look into his work over the years, read ‘Shridath Ramphal: The Commonwealth and the World: Essays in Honour of His 80th Birthday’. This book is a collection of essays written by academics who have all had the privilege of meeting or working with Sir Ramphal throughout the years and gives an account of his many contributions to the region and abroad.