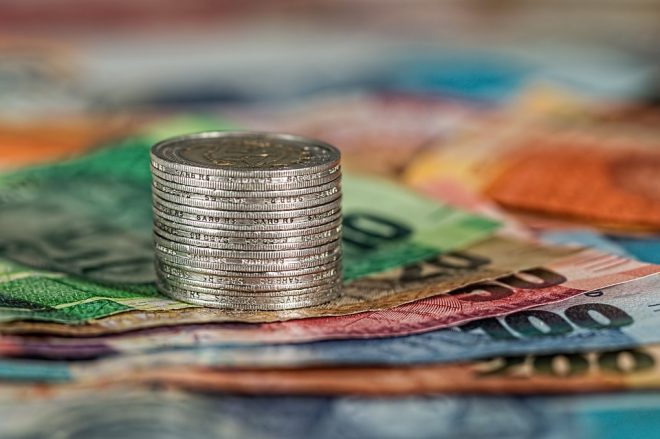 The majority of World Trade Organization (WTO) Members have this month commenced negotiations to conclude a binding multilateral agreement on investment facilitation for development. The negotiations, which have received the support of the global business community, seek to facilitate investment flows between economies in a sustainable and pro-development manner. To date, one hundred WTO Members, including four CARICOM Member States, have endorsed the Joint Statement Initiative on Investment Facilitation for Development. Essentially, Member States will be negotiating the investment equivalent of the Trade Facilitation Agreement (TFA).

Caribbean countries are largely net foreign direct investment (FDI) importers, that is, countries where FDI inflows exceed outflows. According to ECLAC’s Foreign Direct Investment in Latin America and the Caribbean Report of 2019, “FDI flows to the Caribbean totaled US$ 5.623 billion in 2018”. The 11.4% dip compared to 2017 levels was mainly attributed to reduced inflows to the Dominican Republic, which despite the drop, accounted for a 44% share of FDI inflows to the Caribbean sub-region. The Dominican Republic’s share of regional inflows was distantly followed by the Bahamas (18%), Jamaica (14%) and Guyana (9%).

Caribbean countries, to varying extents, have been implementing reforms at the national and regional levels to improve their business environments and the functioning of their investment promotion agencies (IPAs). The ultimate goal of these reform initiatives is to attract FDI that foments economic growth and development, foreign exchange inflows, job creation, and access to markets, skills, know-how and technologies.

With regional governments already undertaking reforms, would a WTO Multilateral Investment Facilitation for Development Agreement add value for the Caribbean or would the legal burdens of signing a multilateral agreement outweigh any potential benefits? Should the Caribbean seize this opportunity to be among the rule-makers in an area of development-interest to the region or should we sit this one out? This latest SRC Trading Thoughts probes these questions.

What is investment facilitation?

Various definitions of investment facilitation exist but the United Nations Conference on Trade and Development (UNCTAD) defines the concept as “the set of policies and actions aimed at making it easier for investors to establish or expand their investments as well as to conduct their day-to-day business in host countries”. Investment facilitation differs from investment promotion which focuses on promoting a particular location as an attractive investment destination.

Background to the negotiations

Rules on investment are largely absent from the WTO’s legal architecture. The exceptions are the General Agreement on Trade in Services (GATS) where commercial presence is one of the four stated modes of supply of a service, and under the Agreement on Trade-Related Investment Measures (TRIMS) which prohibits trade-related investment measures inconsistent with the GATT 1994.

Facilitation of global investment flows is slowly taking on policy prominence internationally not only because of the importance of trade and investment flows to global economic growth and development, but the role that investment can play in meeting the financing gap to achieve the Sustainable Development Goals (SDGs) in developing countries which is estimated by UNCTAD to be US$ 2.5 – 3 trillion per year.  UNCTAD’s Global Action Menu for Investment Facilitation, one of the best known investment facilitation initiatives multilaterally, comprises 10 proposed action lines with options that investment policymakers and government agencies can implement in their national or international investment policy making.

More recently, however, at the WTO,  the Buenos Aires Ministerial (MC 11) concluded with, inter alia, a Joint Statement Initiative (JSI) co-sponsored then by some 70 Members calling for “structured discussions with the aim of developing a multilateral framework on investment facilitation”. Since March 2018, JSI participants have conducted regular structured discussions, and from March 2020 the discussions have entered the negotiations phase. The Streamlined Text and Members’ proposals circulated by the Coordinator in January 2020 are being used as the starting point for the negotiations.

The proposed agreement will apply to measures adopted or maintained by Members for facilitating FDI in both services and non-services sectors across the whole investment life-cycle. However, three main things should be noted. Firstly, the initiative is concerned only with FDI as opposed to portfolio investment. Its scope excludes government procurement, public concessions and conditions, and market access/right to establish. Thirdly, investment protection rules and Investor-State Dispute Settlement (ISDS) are expressly excluded.

What are the pros and cons of joining the negotiations?

Firstly, CARICOM policy makers must assess whether the potential gains of participating in, and eventually signing, any future WTO Investment Facilitation for Development Agreement outweigh the potential erosion of their protectively guarded policy space in this important area, including their right to regulate. To this end, general and security exceptions (similar to GATT Article XX and GATS Article XIV) will be among the issues to be negotiated, allowing Members to adopt or enforce measures necessary to regulate, once done in a manner not inconsistent with their rights and obligations under the Agreement.

A third consideration for CARICOM policy makers is whether there is added value to adopting binding multilateral commitments in an area on which our countries are arguably making progress unilaterally and where non-binding multilateral investment facilitation initiatives already exist. Regionally, CARICOM Member States are seeking to conclude the long-awaited Draft CARICOM Investment Code and Investment Policy. Turning nationally, Jamaica has made significant progress in its business and investment facilitation reforms, earning it the title of the easiest Anglophone Caribbean economy in which to do business according to the World Bank’s Doing Business Index for several years. Other countries have been making reform initiatives, such as developing single windows and launching investment guides (iGuides) with donor assistance.

However, current reforms are still not enough to make a substantial impact on regional economies’ investment attractiveness. No CARICOM country currently ranks within the top 50 economies for the World Bank’s Doing Business Index or the World Economic Forum’s Global Competitiveness Index. Moreover, unilateral reforms can be easily rolled-back. Adopting multilateral commitments can not only complement, but accelerate and lock-in Caribbean governments’ business environment reforms to the benefit of both local and foreign investors.

A fourth issue is that while CARICOM countries are primarily net FDI-importing countries, having other countries adopt multilateral rules on investment facilitation may facilitate our investors’ ability to invest in those countries as well. While our governments’ focus is largely on inward investment, outward investment can also benefit our economies when our investors repatriate profits back home, bringing in valued foreign exchange.

As such, for any negotiated investment facilitation for development agreement to be truly development-focused, it should take into account the development levels of the eventual signatories. Eligibility for special and differential treatment (SDT) is now a contentious issue in the WTO due to some developed countries’ concerns that large emerging economies are unjustly availing themselves of flexibilities by continuing to self-designate as ‘developing countries’. The approach to SDT in the TFA, in which Members themselves designate their capacity to implement each provision as opposed to blanket flexibilities, is often mooted as a more palatable methodology. However, if the TFA approach is adopted in this agreement, the current ‘teething’ issues with the TFA’s implementation must be taken into account by the eventual framers. One such issue is the difficulty some ‘high’ and middle income countries have encountered in accessing funding for TFA implementation.

Lastly, Caribbean policy makers should be clear-eyed about what a binding multilateral investment facilitation agreement can and cannot achieve. While it might provide a signal to investors of our countries’ seriousness about facilitating investment, it will not automatically lead to greater FDI inflows. When making their decision about where to invest, investors also look, for example, at whether the jurisdiction has a well-functioning and speedy court system, macroeconomic stability and low crime. These are areas on which many of our countries still have work to do. We must, therefore, also get our fundamentals at home right.

The stakeholder consultations and needs assessment survey presently being undertaken by the CARICOM Secretariat in advance of the negotiations should be applauded. The results should help to ultimately inform Member States’ decisions on whether joining the negotiations would add value to the region’s investment facilitation efforts. Without doubt, investment facilitation for development is an area of strong development interest to the region. Should our countries decide to formally join the negotiations, our policy makers must be clear on what they wish to get out of the agreement, and what such an agreement can and cannot achieve.

Having some CARICOM countries take part in the negotiations does not impede others from signing on to the final agreement later. It also does not preclude Caribbean countries from not signing on to the final text should it not reflect our interests. In the event that CARICOM Member States are not convinced that a binding WTO agreement is the best approach for them, they have the option of following the UNCTAD Global Action Menu for Investment Facilitation as a best practice guideline for their on-going reforms.  However, what we would not want is to completely lose out on an opportunity to help shape future multilateral rule-making in a critical area of development interest to our region.

Alicia Nicholls, B.Sc., M.Sc., LL.B. is a trade researcher with the Shridath Ramphal Centre for International Trade Law, Policy & Services of The University of the West Indies, Cave Hill. Learn more about the SRC at www.shridathramphalcentre.com.