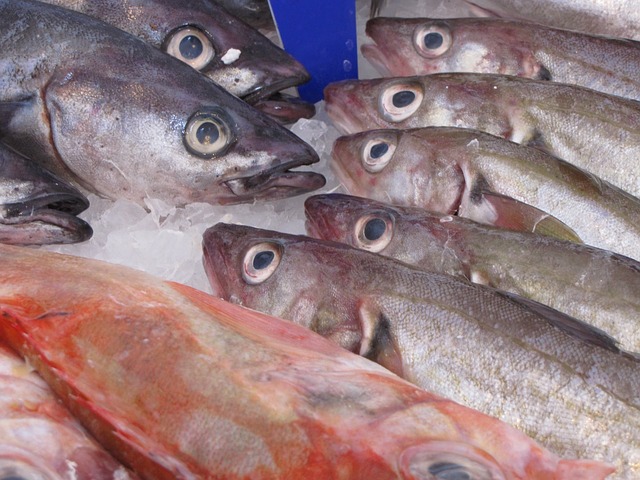 By the time the World Trade Organization (WTO) holds its Twelfth Ministerial Conference (MC12) in November this year, Members hope to have finally reached a multilateral agreement to discipline harmful fisheries subsidies. Fisheries subsidies negotiations have been on-going at the WTO since 2001. Should an agreement be reached among the organisation’s 164 members, it would assist in addressing the sustainable development challenge of overfishing leading to declining global fish stocks. It would also be the first substantive trade agreement concluded by the global trade rule-making body since the Trade Facilitation Agreement (TFA) in 2013.

In this SRC Trading Thoughts, we discuss the state of play around these protracted negotiations and explore the possible considerations for Caribbean Community (CARICOM) Small Island Developing States (SIDS).

The Food and Agriculture Organisation (FAO) State of World Fisheries and Aquaculture Report 2020 found that not only had the fraction of global assessed fish stocks that are within biologically sustainable levels decreased from 90% in 1974 to 65.8% in 2017, but that the percentage of stocks fished at biologically unsustainable levels increased from 10% to 34.2% over the same period.

Subsidies provided by Governments to their fisheries industries globally are a major cause of the problem, leading to unsustainable fishing practices and consequent declines in fish stocks and concomitant ecological ramifications. According to Sumaila et. al (2019), USD 35.4 billion in subsidies were provided by public entities in 2018 dollars, with capacity-enhancing subsidies comprising the highest category provided. That study further reveals that China is the biggest provider of fisheries subsidies globally (21% of the total), followed by the USA (10%) and the Republic of Korea (9%). European Union (EU) Member States collectively provide 11% of global fisheries subsidies.

Fisheries subsidies negotiations were launched as part of the WTO’s Negotiating Group on Rules under the Doha Development Agenda in 2001 and expanded in 2005. They were given greater impetus following the adoption in 2015 of the UN Agenda 2030 on Sustainable Development which encompasses the 17 Sustainable Development Goals and in particular, UN SDG Target 14.6. While protracted, there has been increased negotiating momentum in recent times, including now a draft negotiating text. The latest available revised draft consolidated chair text is of June 30, 2021.

The provisions in the draft text build on the WTO’s Agreement on Subsidies and Countervailing Measures (ASCM) and applies to subsidies within the meaning of the ASCM, that are ‘specific’ to marine wild capture fishing and fishing related activities at sea. They also apply to fuel subsidies to fishing and fishing-related activities at sea that are not ‘specific’ within the meaning of the ASCM. Aquaculture and inland fisheries are excluded from the scope of the proposed agreement.

While Members would not be prohibited from using non-harmful subsidies, they will be required to have strong measures in place to prevent harm. Subsidies for disaster relief are also largely unaffected.

Despite being SIDS, most Caribbean countries are net importers of fish and fish products, with the Caribbean Natural Resources Institute (CANARI) reporting that the region imported a total of five billion US dollars of these products in 2018.  Regional imports of fish and fish products for the 2018 period were primarily sourced from many of the world’s largest fishery subsidy providers. Imports are primarily derived from the USA (USD$42 million), the European Union (pre-Brexit) as our 4th largest import source with an estimated $USD 15 million and China being our 5th  with approximately $USD 12 million in imports to the region. Tighter subsidy regulations on these major subsidy providers could allow small scale Caribbean artisan fisherfolk to gain market share.

In a 2015 Policy Brief, the FAO called IUU fishing a major threat to the conservation of fisheries stocks in the region, with 20% of catch in the region going unreported and 5% being illegal and ending up elsewhere. The Caribbean Regional Fisheries Mechanism adopted the Castries Declaration on illegal, unreported and unregulated fishing in 2010, and a proposed fisheries subsidies agreement would add a further layer of impetus to address this real problem.

However, there are some aspects of the current text which are of concern to the region. Among the several sticking points in the negotiations is the definition of ‘fish’. The current text uses the definition “all species of living marine resources, whether processed or not”. This definition would capture marine plants, and it is questionable why these should be within the scope of this agreement. Another is whether SIDS, which are not major contributors to the overfishing problem, should be subject to the prohibition disciplines under the overcapacity and overfishing pillar of the text.

There is also concern about exemptions from these disciplines which would allow continued subsidies offered by large-scale distant water fishing. The regulations being proposed by the WTO are at their core echoes of the guiding principles of sustainable fisheries management. The agreement can be said to function as a rebalancing act where the limited SDT provisions have been flagged as inadequately representing the ethos of the “Polluter Pays” principles around which environmental policies are built as they seek to strike a balance with economic objectives and individual livelihoods. While protecting the global commons is in fact an equally held responsibility, it is important to note that developing countries face a myriad of challenges particularly as it regards the onslaught of effects felt by climate change.

SDT provisions under the proposed text also provide a small window during which governments would be able to offer some financial injections for capacity building in the sector and securing livelihoods. Targeted investments to build capacity in specific areas, such as the use of climate smart technology and renewable energy, hold the potential to reduce long term overheads by combatting mounting fuel costs. Capacity-building and technical assistance under SDT provisions of a WTO fisheries subsidies agreement could be beneficial to the region in improving registration systems for commercial fisherfolk. Other strategic responses include the small-scale commercialization of artisan fisheries through improved organization, as well as attracting sustainable private sector investment in the fisheries sector. This would allow for CARICOM SIDS to move from being net importers of fish and fish products, to producing and even exporting fish and higher value-added fisheries products.

Since fisheries is also linked to the tourism industry, the Africa, Caribbean and Pacific (ACP) Group in the WTO has proposed that the scope of the fisheries subsidies exclude recreational fishing, given the important role that subsector plays in some ACP countries.

Finally, while there is little publicly available data on the extent of fisheries subsidies given by Caribbean governments, it is anecdotally known, however, that subsidization levels are low as Caribbean governments generally lack the financial largesse or fiscal space to offer generous concessions or incentives to their fisherfolk. One of the benefits of the agreement would be the transparency provisions obliging countries to notify and report on, inter alia, existing measures which fall under the scope of the agreement. However, it would be yet another set of notification and transparency requirements with which Caribbean States must comply, and therefore technical assistance, capacity building and more flexible timeframes are needed to assist compliance.

This article aimed to provide an overview of the state of play of the WTO fisheries subsidies negotiations and some considerations for CARICOM SIDS. It has argued that such an agreement would be important for addressing the very palpable problem of declining fish stocks due in great part to harmful fisheries subsidies offered by large subsidizing nations, and to which the Caribbean Sea is not immune. Changes in the international fisheries regulatory landscape offers further impetus for the region to double down on organization and innovation in the sector. The region must turn to creating business ventures in the fisheries sector that balances all three pillar of sustainable development: social, economic and environmental.

However, the disciplines in the final text of any WTO fisheries subsidies agreement must be a careful balancing act between protecting the ecological, environmental and economic aspects of the fisheries industries, while ensuring that Caribbean SIDS retain policy space to sustainably develop their blue economies and ensure their fishermen can make decent livelihoods. This is especially given that on a global scale, Caribbean SIDS are not the main source of distorting fisheries subsidies.  It must allow suitable transition times to allow developing countries time to implement the required laws and regulations to prevent the granting of subsidies to vessels engaged in IUU fishing.

Despite the desire for an agreement by MC12, the draft fisheries subsidies text contains many sticking points which, even with the highest of ambition, would need to be ironed out should there be hope for a finalized text by that meeting. Without doubt, however, the conclusion of such an agreement would reinvigorate life into a weakened WTO, while also tackling what is one of the major sustainable development challenges facing the planet.

Alicia Nicholls, B.Sc., M.Sc., LL.B. is Junior Research Fellow with the Shridath Ramphal Centre for International Trade Law, Policy & Services of The University of the West Indies. Leisel Juman, B.Sc., M.Sc. is an Agribusiness and Value Chain Consultant. Learn more about the SRC at www.shridathramphalcentre.com.