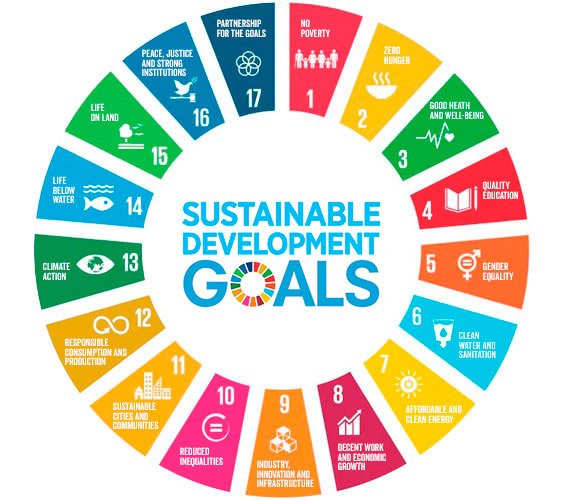 The SDGs and the Financing Gap

Caribbean countries and other UN Members States signed on to the 17 SDGs under the 2030 Agenda for Development in 2015. Achievement of the SDGs, which cover a diversity of areas, would help reduce the region’s vulnerability and boost resilience. No country in the world, however, is presently on track to achieve all the SDGs by 2030. Data on the Caribbean’s progress towards SDG achievement is not always readily available. Findings from the SDG Index 2020 show there are some goals on which Caribbean countries (those for which data was available) are doing well and others on which they are stagnating or regressing.

To achieve the SDGs, countries must find innovative ways during this ‘Decade of Action’ to mobilise and channel financing into SDG-related sectors. The United Nations Conference on Trade and Development (UNCTAD) in its 2014 World Investment Report estimated developing countries’ annual funding shortfall at some $2.5 trillion. Given the COVID-19 pandemic shock, this financing gap is likely even much higher today. Though the exact number is unknown, the SDG financing gap facing Caribbean States is undoubtedly large and unable to be met by public sources of financing alone, especially now. While not a panacea, private investment flows into SDG-related sectors, from both domestic and external sources, including the diaspora, could assist in meeting this shortfall.

The International Organization for Migration (2012) defined a “diaspora” as “emigrants and their descendants, who live outside the country of their birth or ancestry, either on a temporary or permanent basis, yet still maintain affective and material ties to their countries of origin”.

The Caribbean diaspora population was estimated by the World Bank 2013 at nearly 4 million and is concentrated primarily in Canada, the United States and Europe (particularly the United Kingdom). According to an InfoDev Study (2013), Caribbean diaspora communities have generally high levels of affinity to the region, interest in giving back to their home countries and already do so in both financial and non-financial ways.

Below are three channels through which the diaspora could contribute to financing SDG achievement in the region.

IOM broadly defines migrant remittances as “personal monetary transfers that a migrant worker makes to his/her relatives back in their country of origin”. The World Bank (2019) found that over the 1990-2019 period, remittance flows to low and middle income countries exceeded official development assistance (ODA) and FDI. In 2019, personal remittances inflows were equivalent to 23.2% of GDP in Haiti and 15.6% in Jamaica, according to World Bank data. The Bank of Jamaica’s National Survey of Remittance Recipients (2010) revealed that these flows were an important source of foreign exchange and balance of payments support in the last two decades under study and tended to be countercyclical in nature given the continued ‘dramatic upward trend’ in inflows despite the US economic downturn following the 9/11 attacks.

In a 2017 Policy Brief, the International Fund for Agricultural Development (IFAD) cautioned that “as private flows, migrant remittances do not in any way reduce or supplant the need for additional resources, both public and private”. This, notwithstanding, the Brief outlined several ways in which remittances could contribute to reaching the SDGs at the household, community and international levels. As an example, under SDG1 (no poverty), remittances represent up to 60 percent of recipient families’ income globally. A study by Wood & Watson (2015) found that remittances in Barbados were used mainly for consumption purposes such as buying food and paying utility bills.

Remittances can also facilitate women’s empowerment, thereby contributing to SDG5 (Gender Equality). In a Guyana-focused study, Roberts (2009) found that women were the leading recipients of remittances in Guyana, receiving an average of 70% of these funds.

A Commonwealth (2017) study defined diaspora investment as “a financial transfer that is sent by members of a diaspora to their country of origin, received by business enterprises, government organisations or non-government organisations and provides a financial return (or an item of corresponding value) to the sender”. That study estimated the baseline diaspora investment potential for Commonwealth countries at approximately US$73.2 billion per annum.

As FDI flows are generally procyclical in nature, it is not surprising that UNCTAD (2021) reported a 42% contraction in global FDI  and  one third decline in international private sector flows to developing and transition economies in SDG-related sectors in 2020. However, stepping up investment facilitation reforms can better position Caribbean countries to take advantage of a resurgence of FDI flows once global growth resumes.  Moreover, it reiterates why Caribbean countries should aim to promote and facilitate not only foreign investment, but also domestic and diaspora investment in SDG-related sectors. Domestic and diaspora investors are generally less deterred from investing during downturns as their investment is driven not merely by profit, but also by some attachment to the host State.

The IMF (2007) in its Balance of Payments Manual 6 defines ‘foreign portfolio investment’ as “crossborder transactions and positions involving debt or equity securities, other than those included in direct investment or reserve assets”. Members of the diaspora often maintain bank accounts in their countries of origin for a variety of purposes, including retirement savings. With regional banks offering historically low rates of interest, the market is ripe for the creation of innovative (but responsible) products in which the diaspora could invest safely, make a decent rate of return, while also meaningfully impacting their home countries’ development.

A diaspora bond is a  “fixed – income  debt  instrument that  targets a  community  of  emigrants outside  the  home  country” (Wenner 2015). According to Ketkar & Ratha (2007), Israel and India have raised $35-40 billion using these bonds. Of newer vintage, sovereign green and blue bonds are issued to raise capital for climate and environmental projects and ocean conservation-related projects respectively. Though not diaspora-specific, these and other sovereign sustainability bonds could also be marketed to the diaspora as well. Wenner (2015) suggested three main factors which determine the success (or failure) of diaspora bonds, namely the diaspora’s reason for leaving their home country, their perceptions of the home country’s management and governance, and good publicity and outreach by the country issuing the bond.

Additionally, the creditworthiness of the issuing country is another factor. However, if backed by multilateral institutions the riskiness of any bonds issued could be reduced. Seychelles issued the world’s first sovereign blue bond, with World Bank backing, in 2018.

In addition, Caribbean countries should:

In conclusion, let me reiterate that while the Caribbean diaspora is an attractive partner for financing SDG achievement, its potential is not limited to finance. Nor should the diaspora’s support be taken for granted. The success of Caribbean governments’ diaspora initiatives will depend largely on the confidence the diaspora has that their investments will be used for development purposes and not squandered. As with any partner, the diaspora needs to be pursued, wooed and made to feel appreciated in a systematic way if the relationship is to be truly transformative.

Alicia Nicholls is a trade researcher with the Shridath Ramphal Centre for International Trade Law, Policy & Services of The University of the West Indies, Cave Hill. This article is based on a policy brief soon to be released by the SRC on ‘Investment Facilitation for Financing the Sustainable Development Goals in the Caribbean’.