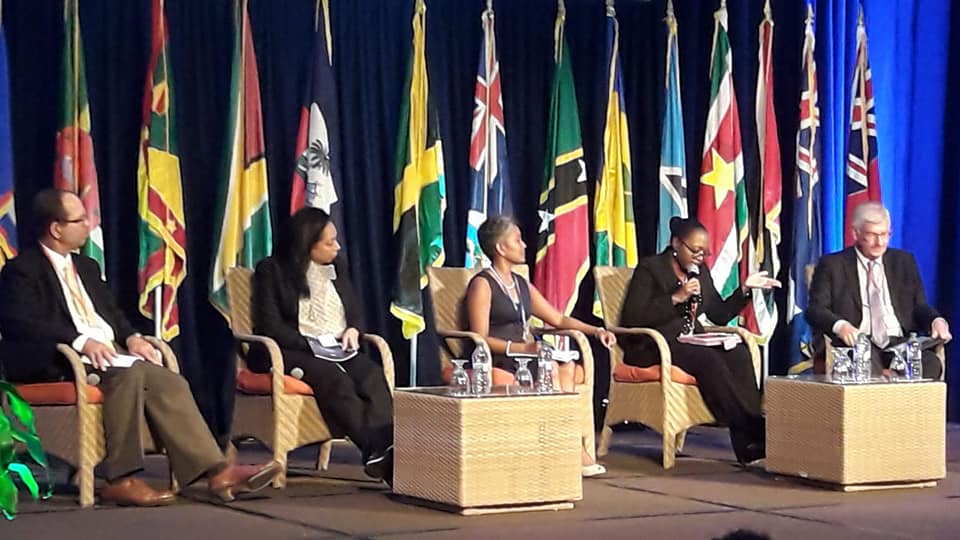 The highly anticipated conference attracts speakers and audience members from across the world, including from the fintech industry and the wider private sector, government, regulators and academia. The theme of this year’s conference was ‘Beyond Borders’.

Alicia spoke about the potential benefits of BITT’s proposed blockchain-enabled Caribbean Settlement Network for the facilitation of intra-regional capital flows, trade, integration and ultimately development. Alicia is also a member of the CSN Working Group.

Staff of the SRC were also in attendance at the conference.

The SRC congratulates BITT on a very well-organised, informative and successful conference.