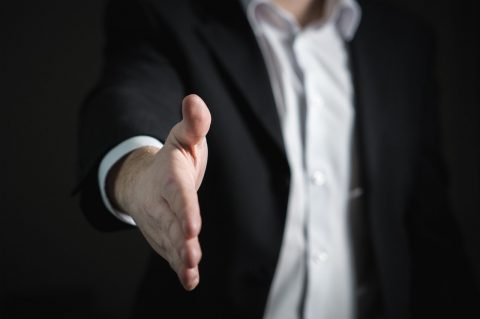 Over the past 18 months China and the United States of America (US) have been embroiled in a trade war.  That trade war is the result of escalations in tensions surrounding alleged unfair trade practices by China, such as forced technology transfers, currency manipulation and others. By the end of 2019, the USA had imposed tariffs on US$550 billion worth of Chinese goods and China had retaliated likewise with tariffs on US$185 billion worth of American goods. Apart from the repercussions felt by both economies including a sharp decline in bilateral trade, higher prices for consumers and trade diversion effects, this tit-for-tat trade war has proven to be a threat to the global trading system, showing up the shortcomings of the  World Trade Organization (WTO) in sanctioning unilateral actions of its largest Members.

Against this backdrop, this SRC Trading Thoughts analyses the recently signed US-China Trade Deal to determine whether, through the Deal, US President Trump mastered the “The Art of the Deal”, in line with the book he co-authored about his negotiating prowess. We also assess what, if any, implications the Deal holds for the Caribbean.

With commentators worldwide calling for a cooling off of China-US tensions, one answer came in January 15, 2020 with the signing of a trade agreement between the two top world economies. Officially titled “Economic and Trade Agreement Between the Government of the United States of America and the Government of the People’s Republic of China”, the deal has become known as the “Phase One (1) Trade Deal”, signifying the intention of these countries to continue “discussions”.  The Deal comprises a preamble and eight main chapters covering intellectual property rights (IPRs), technology transfers, trade in food and agricultural products, financial services, macroeconomic policies and exchange rate matters, expanding trade, and bilateral evaluation and dispute resolution. A quick SRC guide with further details on the Phase 1 Trade Deal can be found on the SRC website.

The Deal aims to expand trade between the two economies but is unlikely a WTO-compatible free trade   agreement (FTA), which requires liberalization of 90% of all items traded between the countries.  That said, emphasis is placed on liberalizing trade in select goods and services.  Still, the real motivation of the Deal appears to be preservation and improvement of the countries’ trade relationships through the resolution of existing and future trade and investment concerns.

There is certainly a sense of novelty in the approach to the Deal, reflected in part by President Trump’s designation of it as “a historical achievement – the likes of which the world has never seen”. Chapter 1 and 2 speak respectively to IP protection and the prohibition of forced technology transfers; Chapter 3 and 4 address non-tariff and structural barriers as disguised trade restrictions particularly in the agriculture and financial sectors; Chapter 5 urges parties to refrain from competitive currency devaluation and to improve transparency measures. In some aspects these chapters contain WTO plus and extra commitments which could well establish the precedent for future US negotiations. For example, the prohibition of technology transfer as an investment condition in Chapter 2 is not currently addressed by the WTO’s Agreement on Trade-Related Investment Measures (TRIMS) but is quite commonplace in a number of bilateral investment treaties (BITs). Further, Chapter 6 which focuses on expanding trade, appears to move away from the WTO’s focus on free trade towards a “managed trade” approach by outlining US$200 billion worth of specific purchase commitments for China over the next two years. Also different is the absence of third party arbitration in Chapter 7 – a common option for dispute resolution in most trade agreements. Instead, disputes are to be resolved through bilateral consultations with designated officials, if still unresolved, the concerns can be carried to the Deputy US Trade Representative and the Vice Minister of China, and if again no success is reached, then the matter is to be addressed by the US Trade Representative and Vice Premier of China. Failure to reach an agreement during bilateral consultations gives the complaining party the right to impose proportional trade remedies which would have to be unilaterally decided absent a neutral third party.

The Deal however leaves some of the thorniest problems unresolved. It is silent, for instance, on China’s industrial subsidies and state-owned enterprises – a complicated area in light of the two distinct economic systems at play. Also absent are any provisions on the ‘Huawei Trade Ban’.  Further, there is no mention of a tariff rollback plan anywhere in the Deal, with tariffs on both sides remaining six times higher than pre-trade war levels ( i.e. the US is still imposing a 25% tariff on US$250 billion worth of Chinese goods and China is still imposing retaliatory tariffs on US$110 billion worth of American goods). Provisions related to the interpretation and enforcement of the Deal are also missing and reports already suggest differences in interpretation of some key provisions by the two parties.

Who are the Winners/Losers?

With upcoming American elections, the Deal offers some “bragging rights” to President Trump.  Much of the implementation burden falls on China, as noted by one commentator who indicates that “China shall…” appears 105 times compared to the 5 mentions of “the United States shall…”. Further, with China committing to import US$200 billion of American goods during 2020-2021 – and no commitments from the USA to remove tariffs – the American voter may consider this a huge win. On China’s end little has been said about the Deal and no Chinese language version has been released.

Various analysts have further highlighted some of the Deal’s hazards which calls into question who are the true “winners and losers”. For starters, the Deal’s centrepiece Chapter 6 raises concern about a shift from free trade towards managed trade. The compatibility of this arrangement under WTO standards is questionable, particularly Article 11.1(b) of the Agreement of Safeguards which in short prohibits WTO Members from using orderly marketing arrangements or similar measures on the import or export side. The move itself is also ironic for the US whose economic structure is built on the free market principle.

Furthermore, China’s commitment to import US$200 billion worth of American goods over a two-year span appears to confront economic reality. Several analysts agree that this target and time period are overly ambitious and there is at least a US$50 billion gap that China would have to fill, raising concerns of potential trade diversion effects.  Various provisions also speak to the US’ role in ensuring the facilitation of these purchases (adequate quantities, competitive prices, etc.), which if not fulfilled could give China grounds for not reaching the outlined targets. For the period after 2021, the Deal is silent on future purchase commitments only noting that the trajectory of increases is expected to continue through to 2025. Again whether the initial US$200 billion purchase commitment will even be achieved remains debatable and the consequences for failing to fulfil these targets are unclear.

Also unclear is whether Chapter 4 (Financial Services) will really open up China’s financial services market to more American providers, given the dominance of Chinese domestic players. Additionally, while the absence of third-party arbitration is a novel feature it may prove problematic when unilateral punitive measures are deemed to be taken “in bad faith”. On that basis, the Deal provides withdrawal from the Agreement as the only remedy, which should such occur could possibly lead us right back to a trade war.

Although the Phase 1 Deal has lowered the temperature on the US-China trade relations, it has not completely quelled it. While there has been talk of a Phase 2 to address further tariff rollbacks and other contentious areas, the current framework only commits parties to “agree upon the timing of further negotiations.” Experts warn that it may take some time before Phase 2 can be agreed upon given the complexity of the remaining issues.

While the future relations between the two countries remain unclear, some things can be deduced from Phase 1 which might provide some lessons for Caribbean countries. First, the approach taken by the US toward the Deal may reflect the US’ new approach to trade negotiations, which seems heavily driven by political, rather than purely economic, calculations. Additionally, in light of the US’ concern with the Caribbean’s inadequate and ineffective IP protection, particularly in areas of broadcast television and satellite signal piracy and unlicensed and uncompensated use of copyrighted music, the US may adopt an approach similar to Chapter 1 in order to resolve identified IP concerns. Furthermore, should the US choose to remove third-party arbitration as a dispute resolution option in future negotiations, smaller players like those in CARICOM may face significant challenges in bringing action against the USA – a more powerful player on all accounts. While the impact of the purchase commitment under Chapter 6 on CARICOM economies is likely to be minimal considering that China is not one of the region’s largest export markets (note – only $473 million of exports were sent from CARICOM to China during 2018 according to the International Trade Centre) there may be consequences for future Caribbean export interests to China as far as goods covered in Chapter 6 are concerned.

Regardless, the Deal should be closely monitored by all countries, including CARICOM ones, that have a vested interest in the US and China as trading partners.

Chelcee Brathwaite is a Trade Researcher with the Shridath Ramphal Centre for International Trade Law, Policy & Services of The University of the West Indies, Cave Hill. Learn more about the SRC at www.shridathramphalcentre.com.

Previous Post SRC Newsletter February 2020 is out!
Next Post Communique from 31st Intersessional Meeting of CARICOM Heads of Government