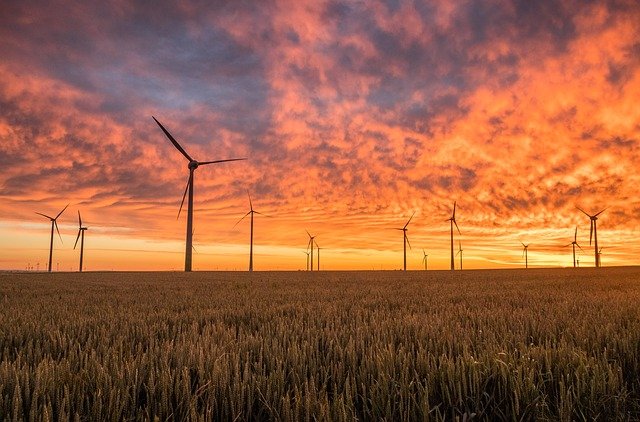 Economic and human activity depends on the use of energy. The Industrial Revolution was made possible by harnessing the power of fossil fuels to service manufacturing, transport, and large urban settlements. While fossil fuel energy has positively changed human life, burning fossil fuels emits carbon dioxide (CO2), a greenhouse gas, which has caused global warming resulting in climate change. It is scientifically recognized that changing the energy mix from CO2-generating sources to low carbon/ zero-carbon energy sources is imperative to curb global warming.

Energy and the Paris Agreement

Against this backdrop, the international community concluded the Paris Agreement in 2015. This Agreement seeks to limit global average temperature increases to well-below 2.0 degrees Celsius above pre-industrial levels, but with a best endeavour commitment to try to limit the increase to 1.5 degrees Celsius above pre-industrial levels. This will be done through the progressive reduction of carbon emissions by developed and developing states based on their capabilities and contribution to environmental harm. Formulated in this manner, the Paris Agreement reflects the international environmental law principle of common but differentiated responsibilities (CBDR). It also behooves larger countries to take the lead in combating climate change and to assist developing countries in reducing their carbon emissions.

The Trump Presidency witnessed American leadership making an about-turn on its energy policy and discrediting the urgency of reducing carbon emissions. The move was a harsh blow to the ambitions of the Paris Agreement by undercutting the universality of the Agreement, reducing other countries’ emission space, and raising countries’ emissions costs. A Biden presidency brings a renewed momentum to achieve the goals of the Paris Agreement and implement the transition to renewable  energy. In its first days, the Biden administration has rejoined the Paris Agreement and articulated its intention to roll out a $2 trillion investment plan into clean energy, infrastructure, and transport. Specific objectives of President Biden’s plan include electrifying federal vehicles, and providing high-quality, zero-emissions public transportation in American cities with 100,000 or more residents. Concurrently the United Kingdom (UK) has unveiled its Energy White Paper: “Powering our net-zero future” which condenses previously outlined energy targets into a coherent policy vision and sets the blueprint for the UK to end its dependency on fossil fuel energy. The European Union (EU) has a long policy history on clean energy and its future policy framework on clean energy for the post-2030 period is under formulation.

Outside of the western world, eyes are fixed on China’s effort to achieve the global energy transition. China produces more CO2 than any other nation, making controlling global warming impossible without decisive action on its part. Encouragingly, China has the most installed capacity for wind and solar energy. Moreover, China has the most electric vehicles of any country on earth. China’s President Xi Jinping has announced a net-zero emission target by 2060 and is designing a five-year policy framework as an initial step to achieving this target. Official energy plans from China imply a massive expansion of wind, solar and nuclear by 2050. Nonetheless, coal power still enjoys broad political support, and China is on track to generate 100 Gigawatts of electricity from coal plants currently under construction. China’s energy plans are complex, but the reliance on coal power plants is tied to China’s mercantilist province-level power supply system. Chinese officials do realize the conflicts between coal and clean energy and are considering the issue under China’s five-year energy plan.

Finance is a must

Beyond policy, the energy transition needs massive financial investment. Recognizing the financial effort required, parties to the Paris Agreement agreed to make “finance flows consistent with a pathway towards low greenhouse gas emissions and climate-resilient development”.  There is a plethora of empirical analysis on financial investments into energy, but precise figures on the level of finance needed to complete the energy transition vary. Some authors estimate that between $5 trillion and $7 trillion per year is required to fund the energy transition. The World Economic Forum reports that the total sum of global investment into renewable energy reached $282.2 billion in 2019. However, this falls short of what is necessary to limit the world’s temperature to less than 2 degrees Celsius.

Additionally, the OECD has repeatedly noted that financing new fossil fuels reroutes finance away from clean energy. Yet a study by German NGO Urgewald has found that the World Bank had invested over $2 billion in fossil fuel projects in the past two years, despite ongoing pledges to tackle climate change. The World Bank said in a statement that it stopped financing upstream investments in oil and gas in 2019, but continues to assist “resource-dependent developing countries” with “advice on energy solutions that are economically viable.”

Fossil fuel subsidies are also problematic for the energy transition. The International Renewable Energy Agency (IRENA) emphasizes that government support going to fossil fuel is much higher than support for other energy sources. In particular, direct fossil fuel subsidies are over three times higher than subsidies for renewable energy. The WTO Ministerial Conference in its 2017 Ministerial Statement on Fossil Fuel Subsidy Reform encouraged the rationalization and phase-out of inefficient fossil fuel subsidies that encourage wasteful consumption. The statement further recognized that reform needs to take into account the specific needs and conditions of developing countries and minimize the possible adverse impacts on their development.

Notably, the statement confirms the central role the WTO can play in achieving effective disciplines on inefficient fossil fuel subsidies.  COVID-19 lockdowns caused huge disruptions to energy demand  and brought fossil fuel prices and subsidies to a record low of $180 billion. Again, in 2020 signatories to the  Ministerial Statement on Fossil Fuel Subsidies underscored the importance of phasing out fossil fuels during the WTO Trade and Environment Week Panel  2020. Furthermore, in December 2020 the Friends of Fossil Fuel Subsidy Reform cautioned against COVID-19 fiscal stimulus packages further entrenching fossil fuel use in economies. The grouping emphasized that energy efficiency must play a role in the post-COVID-19 global economic recovery.

Energy finance is moving in the right direction

Optimistically, funding seems to be moving in a positive direction. Data shows a decline in oil and gas investment, with the World Energy Investment Report 2020 highlighting that over the past two years, market capitalization of the top-listed oil and companies declined by nearly 50 percent. At the same time, there has been the trend of equity investment in funds with a clean energy focus. US equity funds with the strongest returns in 2020 focused on clean energy. Investment in clean energy has been above USD 3 billion dollars for the last six (6) years, down from its peak of USD 400 million dollars in 2017. Although dollar measurements of investment in clean energy have declined, this does not mean that clean energy is losing momentum. Actually, diminished spending is explained by the decreasing cost of underlying investment into clean energy. For instance, capital costs for solar modules have fallen by 90 percent over ten years, and wind turbines by 50 percent.

Energy Finance in the Caribbean is picking up steam

In the Caribbean, finance is also being directed to Green Energy. In 2018 Williams Caribbean Capital Green Bond launched its $ 40 million  Green Bond. The major thrust of the bond is to push green energy initiatives positively impacting the environment. Specifically, the bond is used to develop photovoltaic systems. Additionally, in 2020, Antigua and Barbuda, St. Lucia, St. Vincent and the Grenadines were selected by the Abu Dhabi Fund for Development and the International Renewable Energy Agency Funding Facility to receive low-cost capital for renewable energy projects. Also in 2020, the Caribbean Development Bank approved financing of USD 8.6 million dollars to St. Vincent Electricity Services Limited for the supply and installation of solar photovoltaic (PV) systems at company buildings in the vicinity of the Argyle International Airport.

Taking stock of the present, looking to the future

So where is the world? As it stands, the post- COVID-19 recovery will focus on building back better and greener. With America’s return to the Paris Agreement, the immediate political outlook is more favorable to meaningful dialogue and cooperation on climate change and clean energy. Increased cost competitiveness of renewables and supportive policy environments combined with weakened global demand are in important tailwinds. This trend will hopefully continue. At the same time, countries must take a greater look at their sectors that are dependent on fossil fuel energy  and difficult to decarbonize. It is critical that more policies and interventions are implemented to reduce fossil fuel emissions. On the bright side, energy finance is moving in the right direction, as investors have gained an appetite for Environmental Social and Governance (ESG) investments. Unfortunately, the current pace of global investments is too slow to meet the Paris Agreement target. An acceleration is needed.

Stefan Newton is a Chevening Scholar and guest contributor to the SRC Trading Thoughts column. He is a graduate of The University of the West Indies Cave Hill Faculty of Law, American University Washington College of Law, and Queen Mary University of London Center for Commercial Law Studies. Learn more about the SRC here: www.shridathramphalcentre.com.