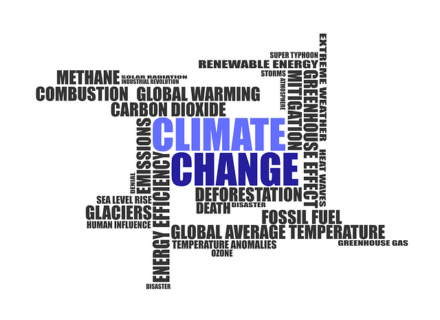 On 14 July 2021, the European Union (EU) released its long-awaited proposal for a Carbon Border Adjustment Mechanism (CBAM) which will serve as the EU bloc’s first carbon import levy. As anticipated, the proposed CBAM has attracted attention among international observers, even if it has not been widely reported in Caribbean circles.  In this SRC Trading Thoughts, we explain the proposed EU CBAM, and conclude with initial thoughts for further consideration by CARICOM decision-makers.

What is the EU CBAM?

The proposed EU CBAM comes against the backdrop of concerted EU climate change action, including its “Green Deal”. The CBAM was preceded by the EU’s domestic carbon pricing system, known as the EU-Emissions Trading Scheme (ETS) which sets a cap on the total direct greenhouse gas (GHG) emissions from specific sectors, and creates a market where the rights to emit in the form of emission allowances are traded. Two kinds of free allocations exist under the ETS: one for all industries which allocate up to 30% of permits for emissions needed for free; and the other for sectors that are heavy polluters which received up to 100% of emission permits needed for production, but are now phased out over 10 years, as the CBAM kicks in.

The EU CBAM was recently proposed by the European Commission as part of its ‘Fit for 55’ package – a group of proposals to cut EU emissions by 55% compared to levels in 1990 by 2030 and support its transition to climate neutrality.  It complements the free allocation of emission allowances under the ETS which critics say has achieved limited effectiveness in mitigating the risk of “carbon leakage” which occurs when, for reasons of costs related to climate policies, businesses transfer production to other countries with laxer emission constraints.  In sum, a CBAM is an adjustment intended to equalise the price of carbon charged for domestic products and imports through a charge at the border based on the embedded carbon content of a product.

How will the EU CBAM work?

Under the EU’s proposal, the CBAM will initially apply to imports of goods produced in power and energy-intensive industrial sectors (cement, iron and steel, aluminium, fertilizers, and electricity) originating in non-EU third countries.  Certain European Economic Area members and Switzerland are exempted from the EU CBAM as their ETSs are linked to the EU’s.  In an earlier phase of the proposal, Least Developed Countries (LDCs) and Small Island Developing States (SIDS) – like those of CARICOM – were to be exempted given their negligible contributions to global GHG emissions and the potential negative effect of the CBAM on their development. However, this was not carried through to the legislative proposal on the ground that such carve outs would run counter to the CBAM’s objective.

The EU CBAM will require importers to apply for authorization to import covered goods. An authorized declarant can then purchase CBAM certificates corresponding to the carbon price that would have been paid, had the goods been produced domestically under the ETS. The price of the CBAM certificate is linked to the variable price of one tonne of carbon on a weekly basis.  If a declarant cannot account for emissions during the production process, the default baseline will be the least carbon efficient 10% of EU producers.  Credits are possible if an explicit carbon price was paid for emissions at home under a carbon tax or an ETS, but not for implicit adjustment costs for environmental regulation.

To provide businesses and other countries with legal certainty and stability, the mechanism will be phased in gradually under a transitional period. In its initial phase from 2023 to the end of 2025, the CBAM will entail a reporting obligation only, whereby authorized declarants will report emissions embedded in their goods.

Is the EU CBAM WTO-compatible?

The EU CBAM’s consistency with international trade rules, in particular those at the WTO which prohibits discriminatory measures, has been questioned. At face value, the operation of the free allocation of emission allowances for EU producers and the potential discrimination between countries with and without carbon pricing policies on account of their exemptions (preference for WTO Members with better climate policies) could lead to violation of trade rules, in particular the “national treatment” obligation which prohibits countries from favouring domestic producers over foreign producers.

The EU has stated that the CBAM would mirror the costs that the EU imposes on domestic producers under its ETS. According to the EU, the CBAM creates a level playing field between EU domestic and foreign producers by treating imports and domestic production in the same way; thus, the cost of a CBAM certificate would be comparable to the cost of an EU allowance. Additionally, under the mechanism, importers from third countries will not be double charged for the carbon content of their products in respect of carbon prices already paid in the country of origin which will ensure that domestic producers do not receive double protection.  The EU would also likely respond to any claim that its CBAM discriminates by seeking to justify it under the general exceptions provision under WTO rules permitting environmental measures that are pursued legitimately.

WTO Members have also indicated that the CBAM requires a redesign in a transparent way and different levels of development ought to be considered in light of the principle of common but differentiated responsibility under the Paris Agreement.  The interrelationship between obligations under that Agreement and the WTO rules remains an ongoing discussion, that is far from resolved.

What have been the reactions of other countries?

While lofty in intention, the actual effectiveness of the CBAM has been questioned both scientifically and politically, including in discussions at the WTO.  A study by the United Nations Conference on Trade and Development (UNCTAD) projects the potential negative implications of CBAM on international trade and the EU economy to outweigh its actual climate change benefits, especially for developing countries.

For all developing countries, the potential impact on firm competitiveness could be significant given their limited ability to incorporate carbon efficient production methods compared to developed countries. The UNCTAD study suggests that the countries most exposed to the CBAM are Russia, China, Turkey and the United Kingdom while the developing countries most affected include India, Brazil and South Africa. It also highlighted that the implementation of the CBAM by EU could impact the development of poorer countries and reduce their opportunities for export led development depending on the importance of the exports affected by the CBAM. Some propose that revenues collected under the EU CBAM should go to free technology transfer and climate project funding made available to LDCs.

Other countries like the United States have expressed initial concern that the CBAM could detract from efforts to encourage more countries to increase their climate ambitions before the United Nations Framework Convention  on Climate Change (UNFCCC) Twenty-sixth Conference of the Parties (COP26) in November 2021.

While most SIDS, like CARICOM countries, do not stand to be immediately impacted by the EU CBAM proposal given their negligible contribution to global GHG emissions, at least one CARICOM country stands to be disadvantaged:  in 2019, Trinidad and Tobago was the 4th largest exporter of fertiliser to the EU, making up 15% of EU ammonia imports.  As the CBAM proposal covers fertilisers, exporters from Trinidad and Tobago would need to verify their emissions, failing which default factors provided for under the CBAM will be used.  A major risk is that imports from Trinidad and Tobago will be rendered less competitive.

The threat to Trinidad and Tobago once the CBAM becomes fully operational in 2026 means we cannot rest on our laurels.  The EU CBAM should encourage CARICOM countries to interrogate their own climate policies, as it indicates a heightened effort by the world’s leading economies to take unilateral measures with extraterritorial impact. If the EU were to extend its measures even further to oil and natural gas exports, our region – Trinidad, Suriname and Guyana in particular – could be even further affected, as would be the case if more countries were to impose their own climate-related policies.

CARICOM countries’ embassies in Brussels must lobby to ensure that our interests are protected in the ongoing discussions about the EU CBAM.  Although the current text does not exempt LDCs or SIDS, the European Parliament has proposed carve-outs which might be capitalized on for future iterations of the EU CBAM. More long term, CARICOM must examine the state of its own “carbon market” to determine the carbon footprint of its manufacturing industries as well as other industries like travel and tourism, and construction, on which it depends. An intra-CARICOM system of carbon taxation should also be designed that promotes our climate change goals while also increasing government revenue in high carbon emitting industries.  A forensic analysis of the EU CBAM on the table, as well as its impact on ongoing negotiations under the Paris Agreement and the WTO should be engaged involving all relevant stakeholders across CARICOM and experts on climate change and trade.

Dr Jan Yves Remy is Director of the Shridath Ramphal Centre for International Trade Law, Policy and Services (SRC) at the University of the West Indies, Cave Hill Campus; and Kaycia Ellis-Bourne is an attorney-at-law and SRC trade research intern, currently enrolled in the SRC’s Masters in International Trade Policy programme. For more information, visit our website at www.shridathramphalcentre.com