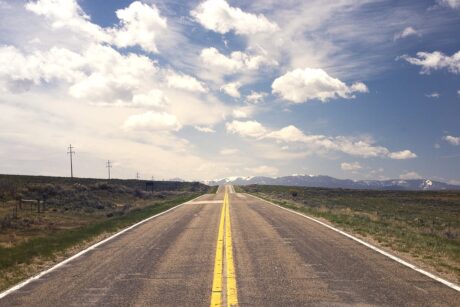 The World Trade Organization (WTO) approaches its 12th Ministerial Conference (of Ministers responsible for trade) with its centrality in the Multilateral Trading System (MTS) assured despite the severe shocks it has faced in recent years. These shocks have been magnified by the stagnation in its negotiating pillar and the severe setback to its dispute settlement pillar. The foundation built on the Uruguay Round Agreements that created the WTO and underpin the rules-based system continues to stand the test of time. It does so despite the embedded imbalances that are concerning to many developing countries.

In the face of the severe shocks to the organization, it is remarkable that developing countries, including small vulnerable economies (SVEs), are among the staunchest defenders of the rules-based system with the WTO at its helm. Many WTO Members stressed, “if the WTO did not exist, it would have to be invented”. Simply put, members recognize that without trade rules and the WTO system, chaos would prevail, and the weaker economies would suffer the most.

Despite these affirmations, the 12th Ministerial Conference (MC12) outlook is modest at best and wisely so. The Conference is being held two years behind schedule, amidst a pandemic that has exacted a staggering toll on lives and on livelihoods across the globe. It comes amidst persistent serious divisions among members on the WTO’s direction and some of its functions (even its composition), particularly in its dispute settlement and negotiating pillars.  MC 12 will not be the “grand reset” that fixes these significant challenges in one fell swoop, but it must be a “recharge”.

A successful MC 12 should strengthen the WTO’s ability to support the MTS and advance predictable and sustainable global trade practices as the international system contends with unprecedented shocks. It can do this by steering clear of the most divisive issues and focusing on areas where members have common interests and a shared vision.  The Director-General and Members already have established a modest set of goals for MC 12’s key deliverables that seek to build on members’ shared interests and address pressing concerns such as trade’s role in helping to fix the COVID-19 crisis.

The MC 12 leadership must ensure that the Conference’s deliberative processes are inclusive. MC 12 follows a disappointing MC 11 at Buenos Aires that had no Ministerial Declaration, and MC 10 at Nairobi that had a sharply divided one around the status of Doha and old and new issues. That divide and the Buenos Aires void cast a long shadow. At the same time, with all members recognizing the vital role of the WTO and its centrality for the MTS, MC 12 is an opportunity to “recharge” the WTO that must be seized. MC 12 is not the place to settle old scores and start new battles. MC 12 must adopt decisions and declarations on priority issues, conclude the fisheries subsidies agreement, and adopt a comprehensive Ministerial Declaration that recommits WTO Members to the objectives set out in the Marrakesh Agreement and reaffirmed in Declarations since. The Caribbean should play its part, including through its participation in coalitions such as the Organization of African, Caribbean and Pacific States (OACPS) (coordinated by Jamaica), in helping members to bridge gaps to deliver vital outcomes that are within reach.

Ambassador Wayne McCook is a former Permanent Representative of Jamaica – to the WTO, where he Chaired the Rules Negotiating Group. He was a lead negotiator for developing countries in the successful Trade Facilitation negotiations concluded at MC 9. He served in the Cabinet of WTO Director-General Roberto Azevedo.  This contribution emanates from his remarks at the SRC/OECS Special Lunch Time Chat Series: “Road to MC12”, available here. These comments are made in his personal capacity.