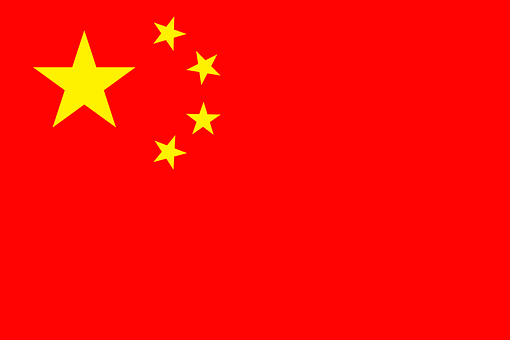 Economic and political ties between the People’s Republic of China (China) and the Caribbean as a whole have undergone a substantial deepening in recent years. For both geostrategic and economic reasons, China has initiated much of this overture. But there are also compelling reasons why Caribbean countries increasingly regard China as a valued economic and financial partner, and why Caribbean firms are exhibiting a growing interest in China as a potential export market for their goods and services.

Firstly, with a gross domestic product (GDP) of US$12 trillion according to World Bank data, China is the world’s second-largest economy. Secondly, despite a recent slowdown in its economic expansion, it remains one of the world’s fastest-growing economies with an estimated GDP growth rate of 6.5 per cent in 2018. Thirdly, China has a population of 1.4 billion people and a rising middle class. Foreign Policy Magazine reports that the Chinese middle class, currently estimated at nearly 500 million, is likely to reach over 700 million by the mid-2020s, representing a promising market for goods, tourism and other services. Fourthly, China is making a concerted effort to deepen economic links with the Caribbean at a time when some traditional partners are scaling back.

This latest SRC Trading Thoughts Column briefly explores the prospects for deepening Sino-Caribbean trade by exploring how Caribbean firms could better position themselves to access the Chinese market.

Although the United States (US) remains the Caribbean’s largest trading partner since 2001 China has quickly expanded its economic footprint in the region. While there is a China-Caribbean Economic and Trade Cooperation Forum, Sino-Caribbean economic and trade relations primarily take place bilaterally, facilitated by an expanding network of bilateral cooperation and technical agreements aimed at facilitating cooperation in a variety of areas, including trade, education, technology, renewable energy and culture. Guyana, for example, has a Trade Cooperation Agreement with China, while Barbados has both a Bilateral Investment Treaty and a Double Taxation Agreement with China.

While China’s exports to the Caribbean are a negligible fraction of its total world exports, it currently enjoys a sizable and widening merchandise trade surplus with the region. China is third only to the US and Trinidad & Tobago as Barbados’ largest import market, with an import share of 5.65 per cent in 2017, according to World Integrated Trade Solution (WITS) data. In that same year, Barbados imported US$93 million in goods from China but exported US$5.7 million.

Chinese exports to the Caribbean consist primarily of high value manufactured products, such as consumer goods, electronics and machinery, whereas Chinese services exports to the region have been largely concentrated in the construction services sector.
China’s imports from the Caribbean remain primarily commodities-based, such as bauxite, alumina, oil and other raw materials, scrap metal and agricultural products. In the case of Barbados, however, exports to China primarily fall under Harmonised System (HS) code chapter 90, which includes optical, photo, technical and medical apparatus.

China has also filled a void as a provider of development assistance and financier of infrastructure and other projects. This level of investment will increase as more Caribbean countries sign on to the ambitious One Belt One Road (OBOR) Initiative launched in 2013. Its infrastructure development aspect could improve these countries’ trading capacity. To date, Trinidad and Tobago, Suriname, Antigua and Barbuda, Dominica, Guyana, Grenada, Barbados and Jamaica have signed Memoranda of Understanding (MOUs) on jointly advancing the OBOR.

How can Caribbean firms expand their market presence?

Despite this growth in Sino-Caribbean trade, the Chinese market remains under-tapped for Caribbean firms. There is, however, budding interest by larger Caribbean firms in penetrating the Chinese market. In 2013, the Barbados Chamber of Commerce and Industry (BCCI) and the China Council for the Promotion of International Trade (CCPIT) signed an MOU with the objective of promoting trade and economic cooperation. Caribbean firms also participate in trade missions to, and expos in China, while some have begun paying for their staff to learn Mandarin.

As CARICOM does not have a preferential trade agreement with China, CARICOM firms presently lack preferential access to the Chinese market for their goods and services. The same goes for Chinese firms seeking to access the CARICOM market. This means that Caribbean exporters of goods to China will be subject to WTO Most Favoured Nation (MFN) tariffs and vice versa. This does not mean, however, that Caribbean exports are at an immediate competitive disadvantage. In fact, according to China’s latest WTO Trade Policy Review Report of 2018, only a small fraction of Chinese trade currently occurs under free trade agreements. Average Chinese tariffs on goods have also been reduced since China joined the WTO. Non-tariff barriers, however, would be a greater challenge.

The absence of direct air and sea connectivity poses logistical but not insurmountable challenges for Sino-Caribbean trade. Increased cultural ties also provide opportunities for the export of intangibles, such as Caribbean music and film which do not require physical transport.

Caribbean firms seeking to establish or expand their presence in China should undertake sound market research to assess the level of demand for any goods or services they wish to offer, the level of competition in the market and whether, at a firm level, they have the capacity to meet demand. It also requires an appreciation of the legal and regulatory context, such as approval processes, tax and labour laws, intellectual property rights protection and any laws governing repatriation of profits. A good initial information resource would be China’s most recent WTO Trade Policy Review Report 2018 which provides a comprehensive overview of China’s trade and investment, legal and policy framework and business environment.

Another consideration is determining the best market entry strategy. For example, should this be through exporting or by establishing a physical presence through a joint venture or greenfield investment? As with any market, conducting due diligence on potential business partners is vital but is often complicated by geographical distance. Caribbean diplomatic missions in China may be able to advise interested Caribbean firms about attorneys-at-law and due diligence firms which may provide these services. Barbados, Dominica, the Dominican Republic, Jamaica, Trinidad and Tobago, for example, have embassies in Beijing.

This is not to suggest that exporting to China would be easy. There are a number of linguistic, cultural, logistical and regulatory barriers which exist. One way these could be mitigated is by engaging the services of the growing Chinese diaspora in the region and the returning Caribbean scholars from China who speak the Chinese language, are aware of the Chinese business culture and often possess networks of business contacts. These returning scholars recently formed the Barbados-China Returned Scholars Association. Another freshly formed association is the Association for Barbados-China Friendship, which will be an invaluable information resource for persons and businesses interested in travelling to and doing business in China.

Alicia Nicholls, B.Sc., M.Sc., LL.B is a trade researcher with the Shridath Ramphal Centre for International Trade Law, Policy & Services. The SRC is the Caribbean’s premier trade policy training, research and outreach centre and is based at the University of the West Indies’ Cave Hill Campus.

Previous Post Is the WTO still relevant in its current configuration? – A perspective from the Caribbean
Next Post Geneva, still a place where trade people come together!