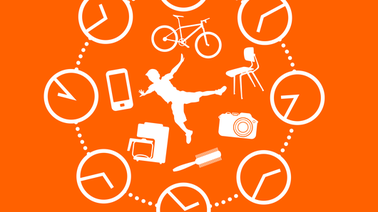 By Chelcee Brathwaite and Nikolai Layne

A decline in tourism due to the COVID-19 pandemic reminded the Caribbean of their need for economic diversification. An area for consideration is the “orange” economy which, given the region’s rich cultural assets, presents endless opportunities. However, comparative advantage alone is not sufficient to fully capitalise on the sector’s emerging trends. In this SRC Trading Thoughts we explore how Web 3.0 can be leveraged in the orange economy.

An Economic Engine with Strong Susceptibility to Disruptive Innovation

Pre-crisis forecasts indicate that the creative economy could account for 10% of global GDP before 2030. Previous estimates indicated that the orange economy generated 30 million jobs worldwide (employing a greater share of youth, women and minority groups in developing countries than in advanced economies) and contributed 3% of global GDP in 2013, with even bigger contributions in some Caribbean states (8% of St. Lucia’s GDP in 2012 and 5% of Jamaica’s GDP in 2007). UNCTAD found that the creative economy’s export trade growth averaged 7% between 2002 and 2015, demonstrating faster and more resilient growth than other industries even during the 2008 global financial crisis. The orange economy presents a unique opportunity for the Caribbean to leverage its dynamic cultural elements as a comparative advantage to achieve stronger economic growth and diversification, while contributing to several SDGs.

Creative disruption is prevalent in the orange economy, with digitization already significantly reducing costs for creating, accessing, and distributing creative works, and replacing physical products that embody these works with digital products. Dr. Keith Nurse attributes the growth of the digital creative sector to rapid techno-economic change, increasing commercialization of IP in the digital world, growth of social networking and synergies among value enhancing activities.

Leveraging Web 3.0 to Overcome Barriers in the Orange Economy

Web 3.0 is generally accepted as a new iteration of the world wide web that is based on the blockchain. Blockchains are supported by multiple layers of technological innovation which are critical to its decentralisation. Each layer underpinning Web 3.0 plays a critical role in processing data and distributing value in a frictionless way. Although the potential of such disruptive technologies cannot be fully conceived, what is evident is that leveraging areas such as artificial intelligence, big data, distributed ledger technology and digital identity can create an inclusive and connected environment where people, businesses and countries can participate and share resources.

Let’s briefly explore Web 3.0’s predecessors. Web 1.0 surfaced as the first stage of the internet in 1989 but was very limited in its capabilities with content shared in a read-only form and static pages hosted on ISP-run web servers. Web 2.0 (early 2000s) upgraded the read-only format to encompass both a read and write environment allowing users to interact with content. However, this environment became highly censored and centralised with permission requirements. Participation on multiple platforms meant that users were required to share personal information and data which could be exchanged or sold to other parties. Web 3.0 purports to remedy these issues by building an inclusive, secure, decentralised, permissionless, censorship-resistant and interoperable digital environment.

IPRs protect and promote creativity by allowing creators to earn recognition and financial benefit for their works. UNCTAD’s Deputy Secretary General, Isabelle Durant, found some developing countries lacked legal and regulatory frameworks and/or implementation capacity for systematic enforcement, collection and distribution of royalties. Another challenge is the applicability of traditional IP regimes in the digital realm.

Blockchain technology is a practical solution that can fill in the gaps that exist in traditional IP regimes with the use of smart contracts. Smarts contracts are self-executing contracts on the Blockchain network where the terms of agreement are structured by code and can be used for effective management or maintenance of patents, copyrights and trademarks. Non-fungible tokens (NFTs) are powered by smart contracts and are best understood as unique cryptographic digital tokens that are linked to creative goods like art, music and collectables. There are two practical considerations for NFTs in relation to intellectual property rights. The purchase of an NFT is the right to claim ownership for the NFT only. However, the author or creator of these digital assets owns the actual copyright to their work unless they decide to transfer ownership of the copyright to another party.

Examples of NFTs currently exist in the developing world and Barbados has a good illustration of how these assets can be distributed. Music artist, Shontelle Layne launched a project in 2021 using NFTs to directly connect with her fans. Her vision involved releasing music in the form of collectables via an online auction with the highest bidder receiving an NFT and special rights to her content. The owner of this unique NFT can redeem it for several exclusive items, including a cameo in the video for Shontelle’s song, “House Party” and his/her name included in the lyrics of another version to the song.

The S4YE Coalition identified access to finance as a major impediment for entrepreneurs and MSMEs in the orange economy. The lack of tangible assets and weak IP frameworks to verify economic value of intangible assets, high uncertainty of market demand and a longer period for value generation, removes most traditional financing schemes from the reach of these entrepreneurs.

Asset tokenization is the process of fractionalizing ownership of physical assets through digital tokens. Security token offerings (STOs) are a means of asset tokenization combining blockchain technology with the regulatory approval of asset transferability in the securities market. This process provides support for the liquidity of assets whilst creating wider availability for finance. The tokenization of Orange Development Areas (ODAs) as geographical spaces which support economic and creative activities can attract domestic and international investment. ODAs are a perfect medium to assist entrepreneurs and MSMEs that seek to occupy spaces for the development and promotion of their goods and services. The inclusion of a governance protocol for the purpose of providing token holders with voting rights and setting parameters around various creative activities will add tremendous value. Additionally, tax benefits can be explored by the government to continuously attract investors. Ernst & Young cites some of the advantages of STO-based financing compared to traditional fundraising methods as the global reach to a digital distribution of tokens and quick realisation.

According to UNCTADStat, CARICOM recorded US$54million in exports of creative goods in 2015, accounting for 0.011% of global creative goods exports; the value of creative services exports are unknown. Greater efforts are needed to bolster the sector’s productive capacity, enhance their access to global markets and capture relevant data. Research found that creative MSMEs often lack resources and networks for marketing and building a brand in non-domestic markets where they face high entry barriers.

The metaverse represents a persistent virtual or augmented space which can be supported by blockchain technology and used to create a fair market environment. Although still in its infancy, the metaverse is open to any party interested in connecting or interacting in an inclusive environment for entertainment or enterprise purposes. A virtual world eliminates geographic constraints and reduces expenditures which exist in traditional channels for small islands to have an international presence. CARICOM member states can leverage the metaverse to establish a trade presence globally and display cultural and creative goods that are linked to real world assets. Privileges can be determined at a national level in relation to the real-world utility of these virtual assets outside of the metaverse. Barbados became the first sovereign nation to announce the development of an embassy in the Metaverse through an agreement with Decentraland. The aim of this strategic arrangement is to approach global diplomacy in a cost-effective way whilst building an efficient infrastructure to promote the island’s unique cultural aspects. In this form creative goods and services can be offered around the world without the traditional limitations of doing international business.

Emerging technologies offer solutions to several challenges even in areas beyond the orange economy. However, careful mitigation of risks and the development of an enabling environment will be key to unlocking the potential of Web 3.0 for the Caribbean and other developing regions. In our next piece, we address some of these risks and frameworks.

Mrs. Chelcee Brathwaite is a Trade Researcher at the Shridath Ramphal Centre for International Trade Law, Policy and Services, of the University of the West Indies’ Cave Hill Campus (Barbados) and Mr. Nikolai Layne is a Financial Strategist at Laissez Faire Associates.