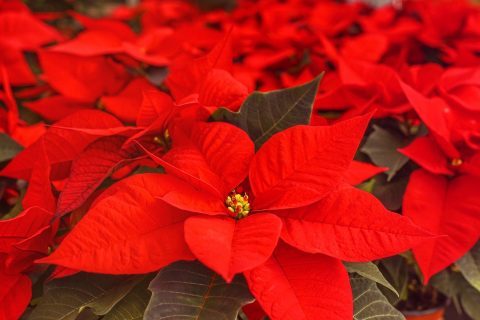 Hello, I am Neil Paul, Director of the SRC. It is my pleasure to bring you Christmas greetings on behalf of the SRC Team.

2019 has been a big year for us at the SRC. We welcomed the 16th Cohort of our flagship Masters in International Trade Policy (MITP) programme.

We also undertook a major rebranding exercise. This culminated in our Open Day where we unveiled our new logo and rebranded SRC website: www.shridathramphalcentre.com.

We published 18 Trading Thoughts articles which were carried in the local and regional media and on our social media networks. Some of the topics included agriculture, food security, WTO reform, e-commerce, Caribbean-China and Caribbean-Africa relations, to name a few. The authors included SRC staff members and some external contributors.

We hosted 7 SRC Lunch Time Chats for the year. The topics were: inclusionary governance reform; special and differential treatment at the WTO; the Eastern Caribbean Central Bank Digital Currency Pilot; UNCITRAL Investor-State Dispute Settlement Reform; the Caribbean Court of Justice at the centre of regional integration; natural disasters and trade and the promise of blockchain for the region. We co-hosted the latter with the IDB.

We commenced a new interview series called SRC One on One Chats. We also started our monthly SRC Newsletter, and continued publication of our alumni publication ‘Trade N’Spaces’ Insights.

We hosted a four-part series titled Talking Trade – The Caribbean at the WTO, in partnership with UWITV. The interviewers were myself, Neil Paul, and Dr. Jan Yves Remy. MITP alumna Jeanelle Clarke, then a WTO intern, was the co-host of the series. The interviewees included: Ambassador Chad Blackman, Permanent Representative of Barbados to the United Nations and the WTO; Emmanuelle Ganne, Counsellor, WTO; Michael Roberts, Aid for Trade Coordinator, WTO and Stephen Fevrier, Head of Mission and Charge d’Affaires of the OECS Permanent Delegation in Geneva.

The SRC also teamed up with The UWI Faculty of Law at Cave Hill to bring the first Tradelab legal clinic to the Caribbean region. We are proud to report that we have passed the pilot phase and are now a full member of the Tradelab network!

All of these activities would not have been possible without the support of our dedicated staff at the SRC including Dr. Jan Yves Remy, Dr. Kai Ann Skeete, Miss Alicia Nicholls, Mrs. Clauzel Forde, Mrs. Desiree Evelyn, Mrs. Tameshia Brandford and Mr. Andre Maynard. In addition, we thank you, our colleagues, for your continued support of our work and outreach efforts. And we look forward to your continued support next year.