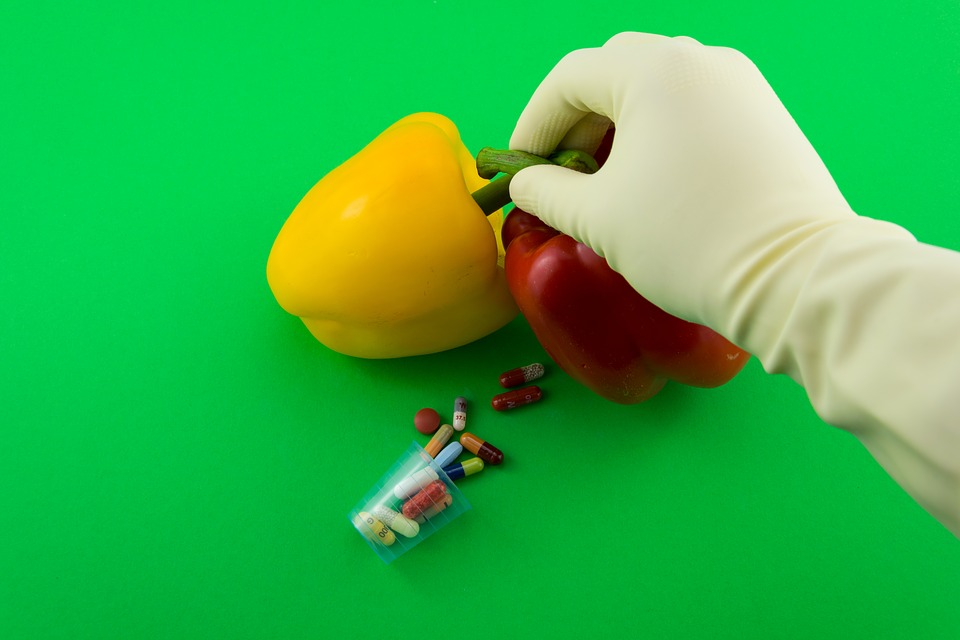 Genetically Modified Organisms (GMOs) are one of the most controversial areas of science. While their use in certain fields like medicine is accepted, when it comes to their use in food and agriculture, ethical and moral questions loom. For example, while GM insulin is acceptable in the medical field, there remains skepticism over genetically modified soy and corn crops.

GM foods refer to any foods containing or derived from a genetically-engineered organism. The World Health Organization (WHO) defines GMOs as “organisms (i.e. plants, animals or microorganisms) in which the genetic material (DNA) has been altered in a way that does not occur naturally by mating and/or natural recombination”. The definition distinguishes it from selective breeding which is a millennial-old practice of improvement in the genetic stock of plants and animals.

Individuals from the scientific and medical fields fall on both sides of the argument, some claiming that genetically modified crops are helping to solve issues concerning hunger, environmental sustainability and an increasing global population, while others argue that GMOs are associated with an increased use of chemicals, like glyphosate, that are toxic to the environment and to humans.

These divergent views on GMOs were recently raised after United States (US) President Trump signed an Executive Order in June 2019 making “it easier for genetically engineered plants and animals to enter the food supply”. The Executive Order essentially gives directive to federal agencies to simplify the “regulatory maze” for American crop producers. According to the Associated Press, “the move comes as companies are turning to newer genetic engineering techniques that make it easier to tinker with the traits of plants and animals”.

This new US Regulation is relevant to the Caribbean as a significant portion of our food imports are sourced from the US, particularly, maize, rice and soy bean oil which are not only among the top ten food imports from the US, but are among the most commonly genetically-modified crops in that country.

GMOs IN THE CARIBBEAN

Aggregated data published for soybean suggests that in Latin America and the Caribbean, production has grown much faster than in the developed world, with 42.6 million hectares harvested and 112.6 million tonnes produced between 2008 and 2010. Unfortunately, this statistic does not separate the contribution of Caribbean countries to the exponential growth, much less indicate from which Caribbean countries the data originated.

In terms of imports of GMO food into the Region, the challenge is that there is a lack of GMO-specific data. For instance, trade data from the International Trade Centre (ITC) indicate an average of US$38 million in soybean oil imports and US$5 million between 2016 and 2018. However, there is no indication of whether these imports contain GMOs or not.  This raises the issue that Caribbean countries are not yet able to identify and confirm GMO presence in imported food stuff.  This, of course, has implications on how best the Region can monitor and regulate the imports of GMO-produced food.

The production and international trade of GMOs and their related products are regulated, for the most part, by rules agreed under the World Trade Organization (WTO), particularly the Agreement on the Application of Sanitary and Phytosanitary Measures (SPS Agreement). This Agreement establishes that countries retain their right to ensure that the food, animal and plant products they import are safe, while at the same time ensuring that countries do not employ unnecessarily stringent measures as disguised barriers to trade.

In fact, in a case brought by the US, Canada and Argentina against the European Union in 2003, the EU was found to be in breach of the SPS Agreement due to its restrictive procedures for approving GMO imports.  The countries alleged that the EU’s de facto moratorium on the approval of GMOs posed an unjustified trade barrier, in violation of various WTO Agreements.  The WTO’s dispute settlement panel agreed with the complainants in 2006, when it ruled that the moratorium was in violation of the WTO’s SPS Agreement. Part of the grounds for the WTO decision involved the EU’s ‘suspension of approval’ (in effect, a de facto ban) of GMO imports from June 1999 to August 2003.  Since the decision, the EU has been under an obligation to implement the decision of the panel.

Outside of the WTO Agreements, there is also the Cartagena Protocol on Biodiversity. Since taking effect in 2003, this Protocol seeks to protect biological diversity from the potential risks posed by genetically modified organisms resulting from modern biotechnology. With the exception of Montserrat, most CARICOM countries are signatory to this Protocol.

One of the main features of the Cartagena Protocol is the ”precautionary principle” which allows countries to balance public health against economic benefits. The principle serves as a guide to policy makers to act in anticipation of problems before they occur.  It will for example allow countries to ban imports of genetically modified organisms if they feel there is not enough scientific evidence that the product is safe and requires exporters to label shipments containing genetically altered commodities such as corn or cotton. The Protocol specifically addresses Living Modified Organisms (LMOs), i.e. any living organism that possesses a novel combination of genetic material obtained through the use of modern biotechnology (under which GMOs falls) whether for voluntary introduction to the environment, such as seeds for planting etc., or intended for direct use as food feed or processing, such as GM soybean, maize, and tomatoes.

While the Protocol provides some safeguards, it is not all encompassing.  Interestingly, in his 2016 work entitled “Assessment of the Production and Trade of Genetically Modified Foods in the Caribbean Region”, Noel Jacobs highlights that a number of consumer products derived from LMOs, such as corn flakes, flour, starch, seed-oil, tomato paste or ketchup, which are abundant on supermarket shelves through-out the Caribbean, are not covered under this Protocol.

At the Regional level, Caribbean governments have opted for a cooperative biosafety process, primarily through the “UNEP/UWI/GEF Regional Project for Implementing National Biosafety Frameworks in the Caribbean Sub-Region”. The Region’s Heads of Government essentially sanctioned this initiative to “promote biotechnology and biosafety as a regional strategy”. The Project has supported the creation, operation and maintenance of the Caribbean Regional Biosafety Centre which has active portals across all participating countries, and aims to move countries towards more harmonized biosafety systems that make use of existing national and regional capacities. (Jacobs, 2016).

As pre-dominantly import-based economies, small Caribbean countries are at a relative disadvantage as they have limited ability to influence the food policies of their trade partners.   However, given the increasing use of genetic engineering to modify some of the world’s most traded food, the Caribbean must take ownership of its food security.  To start, Caribbean governments must take cognizance of the prevalence of GMOs in their ongoing food security discussions. Furthermore, specific regulations must be put in place which allows the Region’s governments to identify, evaluate and confirm the presence of GMOs in imported food items. In addition, if the Region is to make informed decisions regarded the use of GMO-produced food in their respective countries, there must be in-depth studies on the effects and implications of such food on public health.

At the time of writing, Ms. Camille Russell was a Trade Research Assistant with the Shridath Ramphal Centre for International Trade Law, Policy and Services of The University of the West Indies, Cave Hill.