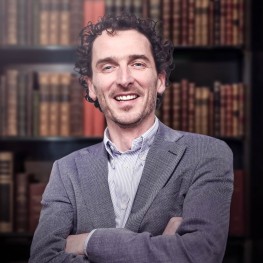 The SRC congratulates our Advisory Board Member, Professor Joost H.B. Pauwelyn, who has been nominated by the European Union (EU) as its candidate to the pool of arbitrators in the new multi-party interim appeal arbitration arrangement (MPIA).

The MPIA is a temporary arrangement which went into effect on 30 April 2020 to preserve the two-tier dispute settlement system now that the WTO’s Appellate Body has become defunct since December 2019. Learn more about the MPIA by reading a recent SRC Trading Thoughts on this subject here.

Professor Joost Pauwelyn is a highly acclaimed jurist and Professor in International Law at the Graduate Institute (Geneva) and Georgetown University (USA). We wish Professor Pauwelyn the very best in his candidacy.